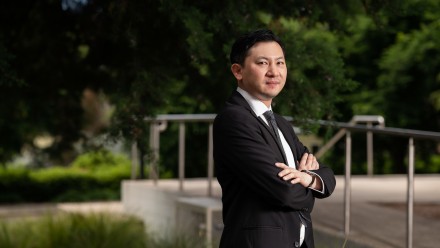 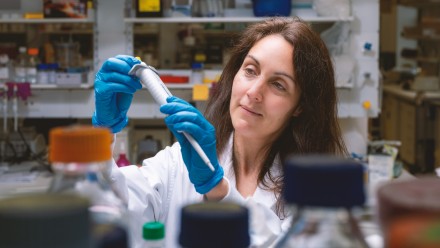 The Australian Phenomics Facility specialises in the development, characterising and archiving of mouse models of human disease. We have an experienced genomics and bioinformatics capability focussed on the identification of single nucleotide polymorphisms and the phenotyping capability to make the biological associations with probable human disease traits. Our goals are to first derive the underlying genetic mechanisms and then look to extend this across the population and better understand cohort differences and responses.

We have an open access policy and support academic and corporate research programmes in Australia and internationally.

The human population harbours an enormous level of DNA sequence variation, recent data suggests that each person harbours an average of 12,000 protein-changing DNA variants spread over their genome. More than 300 of these variations 'knock-out' the protein they encode almost completely, while the rest change a single amino acid in the protein, with unknown consequences.

Mouse models are and will continue to be, a powerful and appropriate tool available for obtaining physiologically relevant, experimentally based knowledge about the phenotypic consequences of DNA variants in human genes. Almost every human gene is matched by an orthologous counterpart in the mouse genome. However, unlike humans or any other mammal, the mouse is experimentally tractable. Large numbers of genetically identical mice can be bred quickly, and the tools available for manipulating the mouse genome are superior to those for all other organisms.

Through this phenotype-driven approach, researchers can place the emphasis on a particular disease phenotype without any prior assumptions as to the genetic contributors to the condition. Libraries of gene-variant mice can be screened for a phenotype of interest, and through genomic technology, the causative mutation identified.

We have built upon our years of experience in phenotype-driven screens to develop a comprehensive phenotyping pipeline to identify new pheno-variants. Researchers can register their interest in a phenotype of interest or work with our team of specialists to develop a customised screen.

Several large-scale international efforts* are currently underway to disrupt every gene in the mouse genome. Together with the avalanche of human data and research activity derived from human genome sequencing efforts, these developments place the mouse at the epicentre of functional genomics research.

Using this resource, researchers can now functionally validate and characterise mutations found in clinical cohorts in the controlled environment provided by mouse models. Multiple allelic variants of genes or pathways of interest can now be accessed and the effect of the mutations on the phenome characterised.