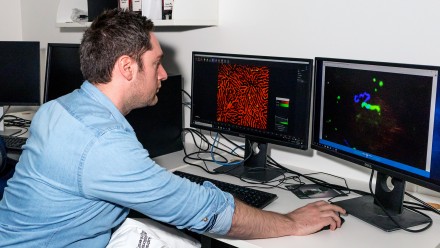 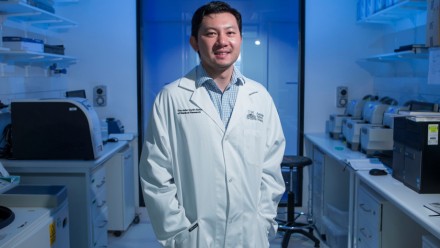 How fast can one find a needle in a haystack?

In the realm of immunology, it may depend partially on how the hay is stacked, according to a new study by researchers at The Australian National University (ANU) and the University of Tennessee.

Every hour of every day, immune cells known as T cells search the haystack of our tissues for any alarming signals of danger.

“During infections of Plasmodium, the malaria-causing parasite, T cells have a limited timeframe to locate infected liver cells before the infection progresses,” said Dr James O’Connor, who studies malarial immunology at the John Curtin School of Medical Research (JCSMR).

“Instead of a needle, it’s a ticking time-bomb they seek!”

In mice, for example, CD8+ T cells, also known as cytotoxic (meaning “toxic to cells”) T cells, in the liver have to hunt down invading Plasmodium parasites within 48 hours since infection.

If they fail to find all the targets by scrutinising roughly 100 million liver cells within this timeframe, the parasites will infect blood cells and cause symptoms of malaria.

How exactly do cytotoxic T cells accomplish such a task? Using intravital microscopy, Dr O’Connor and collaborators accurately quantified, for the first time, the movement pattern of T cells searching for Plasmodium in the liver.

The researchers found that most T cells in the liver crawled in the tubular network structure of capillaries known as the liver sinusoids. These sinusoids tend to have narrow branching angles, which might improve blood flow.

Sometimes, patrolling T cells detach from the sinusoidal ‘ground’ and travel with the blood flow. Such random ‘flights’ allowed T cells to cover a long distance instantly but did not heavily reduce search efficiency.

The findings add a layer of understanding to the mechanism of why T cells are such effective killers and, more importantly, how the structure of the liver facilitates their search strategies.

“We are currently looking at the mechanisms by which T cells actually arrive in the liver in the first place,” said Dr O’Connor.

“This will give us a clearer picture of the exact ingredients needed in a vaccine to have cells primed and ready to locate and eradicate any infection as soon as it infects that first liver cell.”

In humans, the liver stage of malaria lasts for about one week, providing a precious opportunity to clear the parasites at an early phase.

“If we can design a vaccine that gets T cells to the liver before the pathogen, we can have our immune system ready to effectively patrol, locate, and destroy it, even before it causes disease,” said Dr O’Connor.

The study is published in the March edition of The Journal of Immunology as its cover story. 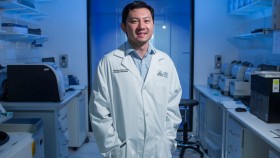 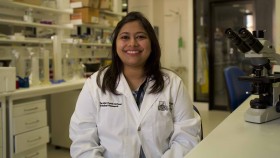 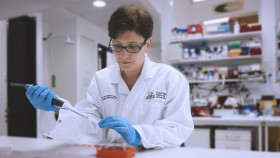