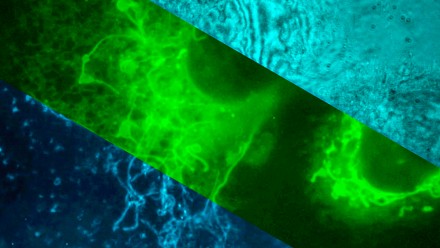 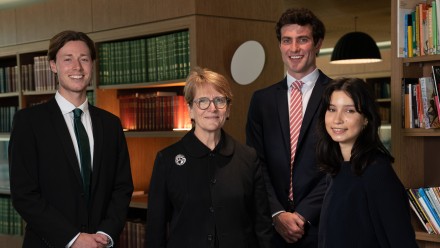 Bill Levick, a native of Bondi, was a dual University Medallist (Physiology, 1952; Medicine, 1956) of the University of Sydney before undertaking two years of clinical training in regional surgery at Royal Prince Alfred Hospital Sydney. His research career developed with the support of NHMRC and C. J. Martin Fellowships at the Universities of Sydney, Cambridge, and California at Berkeley, prior to taking up appointment as Professorial Fellow in Physiology at the JCSMR (1967).

His career focus on the organization of visual receptive fields led to the development of an intricate technique for obtaining simultaneous recordings from a retinal ganglion cell and the next neurone at the lateral geniculate nucleus in the central visual pathway. This directly demonstrated, contrary to the prevailing anatomical consensus, that the entire excitatory input (through thousands of synapses) to a geniculate neurone came from just one or a mere 2-5 retinal ganglion cells. The work also solved the long-standing riddle of the functional significance of the two well-known conduction groups of optic axons. The fast group originates from retinal ganglion cells of the Brisk-Transient receptive field class; the medium-speed group originates from those of the Brisk-Sustained class. Later developments demonstrated that excitatory signals from these two groups are kept largely separate right up to the visual cortex.

The major goal of visual neurophysiology is to provide an interpretation of visual perception in terms of the functional characteristics of families of neurones in the visual system. Accounts of vision in the 19th and early 20th centuries commonly took visual cortex as the initial site of the neural integration underlying vision. Levick and colleagues have contributed significantly to the modern revision of that viewpoint by showing that many of the characteristics of visual processing are determined at the retinal ganglion cell level (rich diversity of receptive field classes; absolute and incremental visual sensitivity; temporal and spatial factors; adaptation to ambient light intensity).

Following election to the Australian Academy of Science(1973) and to the Royal Society of London (1982) Levick was promoted to a Personal Chair in the JCSMR (1983). In accordance with new policy directions in the School, his subsequent experimental program concentrated on clinically relevant lesions (optic nerve demyelination, central retinal degeneration) of the visual system as tools for probing the relation between structural change and functional consequences.

After customary formal retirement in 1996 Levick was inducted to the Roll of Emeritus Professors of the Australian National University. He was appointed as an Honorary Visiting Fellow in the School of Psychology and together with external funding support was able to reestablish an experimentally based program on the retinal foundations of visual perception.