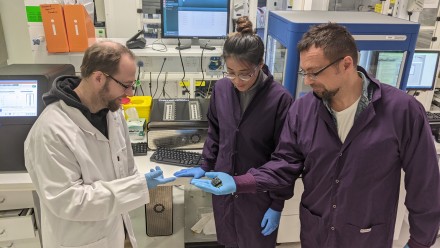 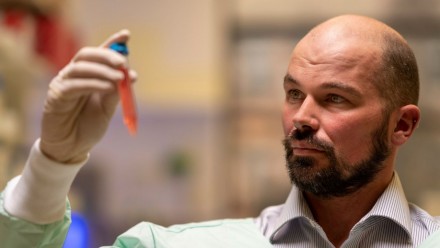 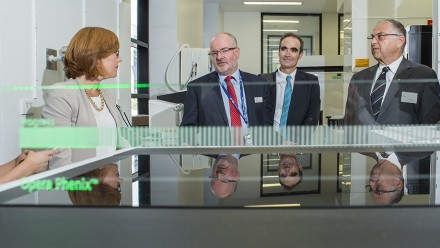 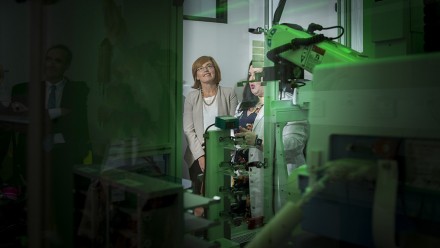 The Australian National University, the ACT Minister for Health and the Australian Cancer Research Foundation (ACRF) have launched a new robotic system to fast-track the development of new drugs to fight cancer and other diseases.

The High Throughput Robotic Target and Drug Discovery Platform, in the ACRF Department of Cancer Biology and Therapeutics at The John Curtin School of Medical Research at ANU, is the first technology of its kind in the ACT.

The specialised robotics and precision instruments will enable researchers to test thousands of possible drug compounds against hundreds of disease cells, to find the best possible treatment for patients.

ACT Centenary Chair of Cancer Research Professor Ross Hannan said the new technology would increase research collaboration and lead to more rapid drug discoveries in the fight against cancer and many other diseases.

"This is an exciting time for research collaboration across the ACT. The multi-million dollar equipment will cut screening times from years to months," said Professor Hannan, Head of the ACRF Department of Cancer Biology and Therapeutics at ANU.

Until now, researchers in the ACT needed to travel to Sydney or Melbourne to use similar machines. They would also need to stay for months while the testing was done.

The initiative was made possible in part by an ACRF $2 million grant, awarded in 2015, to provide the equipment to screen native Australian plants for anti-cancer properties.

"With the funding from the ACRF, a private foundation supported by community members who are interested in advancing cancer research, researchers can work towards tangible treatments that will benefit future patients," Professor Brown said.

Professor Hannan said the technology could give new hope to patients with diseases that have failed all standard therapies and who have no other options.

"We now have the potential to repurpose drugs, testing against more than 4,000 drugs in the FDA drug library that have been approved for use in humans to treat disease," he said.

Professor Hannan said that in the case of cancer, researchers will be able to take bone marrow and tumour cells, grow them in culture, and screen every known compound currently approved for use in humans against the cell lines to see if one could be used to treat the patient.

"In one to two weeks we could identify existing drugs, repurpose them for new treatments, and rapidly set up trials," he said.

The Target and Drug Discovery Platform has been set up at JCSMR with the generous support of the Australian Cancer Research Foundation and ACT Health. 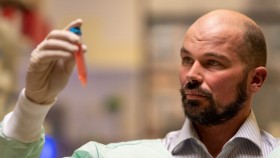 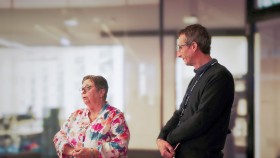 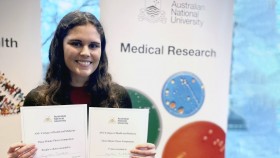