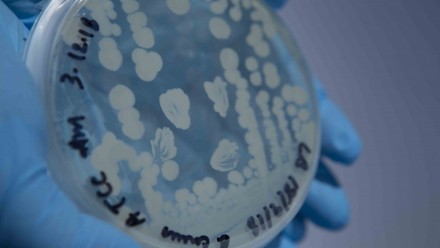 Ryanodine receptors: from structure to therapy 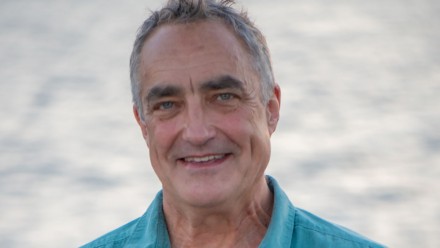 Ryanodine receptors (RyRs) are ubiquitous intracellular calcium (Ca2+) release channels required for the function of many organs including heart and skeletal muscle, brain, pancreatic beta cell, and vascular tone. In disease, defective function of RyRs due either to stress (hyperadrenergic and/or oxidative overload) or genetic mutations can render the channels leaky to Ca2+ and promote heart failure, muscular dystrophy, diabetes mellitus, and neurodegenerative diseases. RyRs are massive structures comprising the largest known ion channel macromolecular complex exceeding 3 million Daltons. RyRs mediate the rapid release of Ca2+ from the endoplasmic/sarcoplasmic reticulum (ER/SR) to stimulate cellular functions including cardiac and skeletal muscle contraction. Recent advances in single-particle cryogenic electron microscopy (cryo-EM) have enabled the determination of atomic-level structures for RyR. These structures (now at 2.3 Å) have illuminated the mechanisms by which RyR channels function and are regulated. In this presentation the structure, function, gating and activation mechanisms of RyRs in normal and disease states are discussed.

Andrew R. Marks, MD received his undergraduate degree from Amherst College where he was the first student in the history of the college to graduate with honors in two subjects (Biology and English), and his MD from Harvard Medical School. Following an internship and residency in internal medicine at the Massachusetts General Hospital (MGH), he was a post-doctoral fellow in molecular genetics at Harvard Medical School, and then a clinical cardiology fellow at the MGH. He is board certified in internal medicine and in cardiology.

Dr. Marks is Chair and Professor of the Physiology and Cellular Biophysics Department at Columbia University. He is a member of the National Academy of Sciences (2005), National Academy of Medicine (2004), and American Academy of Arts and Sciences (2005). From 2002-2007 Dr. Marks was Editor-in-Chief of the Journal of Clinical Investigation. He received the Doctor of Science Honoris Causa from Amherst College (2009), and de l’Université de Montpellier (2016), the ASCI Stanley J. Korsmeyer Award (2010), the Pasarow Foundation Award for Cardiovascular Research (2011), the Ellison Medical Foundation Senior Scholar in Aging Award (2011), Glorney-Raisbeck Award from NY Academy of Medicine (2016), Columbia University Dean’s Award for Excellence in promoting Diversity (2017), the Naranjan Dhalla Award for Innovative Investigators in Cardiovascular Sciences, International Academy of Cardiovascular Sciences (2018).

Dr. Marks’ identification of the mechanism of action of rapamycin, inhibition of vascular smooth muscle proliferation and migration, lead to the development of the first drug-eluting stent (coated withrapamycin) for treatment of coronary artery disease. This substantially reduced the incidence of instent restenosis.

Dr. Marks discovered a new class of small molecules (Rycals), developed in his laboratory, that target leaky ryanodine receptor channels and effectively treat cardiac arrhythmias, heart failure, muscular dystrophy and prevent stress induced cognitive dysfunction and symptoms of Alzheimer’s Disease in pre-clinical studies. Rycals have shown promising results in pilot clinical trials for the treatment of heart failure and cardiac arrhythmias, and are entering clinical trials for the treatment of Duchenne Muscular Dystrophy and RyR-1 myopathy. Dr. Marks is Chair of the Scientific Advisory Board (SAB) of the RYR-1 Foundation and of ARMGO Pharma, Inc. A biotech company focused on developing therapeutics targeting leaky RyR channels.